Born in the Black Forest, I started playing drums at the age of 13 and took drum lessons at Christoph Schlumberger’s “Drumlab“. 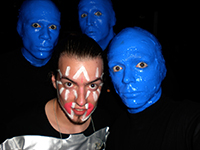 From 2008 and 2012 I joined the world-famous Blue Man Group as one of their Tour Drummers and travelled with them throughout Europe.

In October 2008 I began my studies “Pop Music Design” at the Popakademie in Mannheim with teachers such as Udo Dahmen, Jost Nickel, Benny Greb and Lui Ludwig. 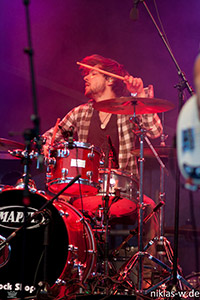 I’m currently working as a session drummer for several renowned bands and artists and have appeared on German TV and Radio.

I love playing drums and giving lessons and that’s actually everything I’m doing…so I guess you can call me a pretty lucky guy!

If you’re looking for a drummer to play on your record or at your next gig, just contact me…